Is The Hillary Clinton Logo Inspiring or a Dud? What Do You Think?

Let’s face it, your logo design says a lot about your business brand image. If your logo is simple and lacks personality your brand image may generate negative connotations in the consumer’s mind no matter how much value your business provides. On the other hand, a well designed logo that is memorable and personable can help provide businesses with the top-of-mind awareness that they desperately need when first starting out.

So how important do you think a logo design should be for a politician running for the highest office in the United States? And, do you ever want your logo to elicit comments like “So what lucky 3rd grader won the Hillary Clinton logo design content?

As a professional logo designer and brand image consultant, I tend to agree with many commenters who feel that Hillary Clinton’s logo design is a little too simple and unimaginative. As one commenter noted that using Microsoft paint, they were able to recreate the logo is less than a minute! What does that say about your brand image if your logo looks like anyone could create it in just a few minutes? Remember, if your logo looks amateurish, then so will your business.

Other commenters mentioned that Clinton’s logo design distinctly reminds them of a hospital sign. I think that this reference is certainly appropriate as most highway signs in the United States use bold san-serif lettering and arrows to indicate direction and wayfinding. A logo should always convey an emotional feeling. While Hillary’s campaign videos project warmth and togetherness, the logo is stark, corporate, hard-edged and cold. When a logo has curves it conveys feelings of warmth and friendliness.

Surprisingly, legendary logo designer and graphic artist Milton Glaser defended the logo while conceding that the overall design was “a little bit generic”. Glaser’s comments in support of the logo were that it effectively encompassed the idea of her name and the idea of movement in a simple form.

A beautiful logo should be simple, daring, bold and uncomplicated, but it also needs to exude a personality that people can identify with and rally around. Logos often conveys a subtle message, and an underlying concept or meaning is usually behind an effective logo. I find it interesting that for a woman running for president, her logo is very masculine and hard edged. With elements of direction and wayfinding, the logo hints at concepts of authority, facts and precision. Clinton’s logo seems to subtly say “Go here now!” Perhaps this is an intended meaning?

I would also add that context is important for a logo. In this day in age we ask a lot from a logo, and the one thing that every logo designer should know is that a logo must be easily identifiable in a small size and in instances when readability may be difficult. When we consider how important social media communication is to a political campaign these days, it’s hard to disagree that Hillary’s new campaign logo is easily identifiable in small sizes such as a Twitter profile photo.

So what do you think of Hillary Clinton’s logo? I would love to hear your comments.

How Can We Help?

We specialize in helping you stand out from the competition with professional brand image development and acquiring more traffic and sales through SEO and online advertising. Build your brand and grow your business with BYStudio.
Let's Talk

Build Your Brand. Grow Your Business.

We specialize in branding, package design, web design and marketing including: 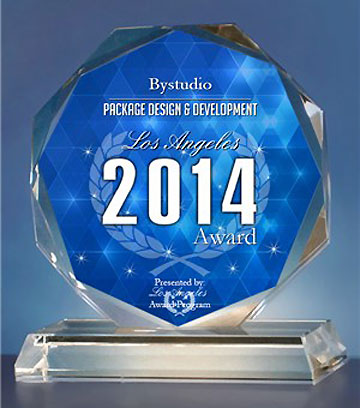